Yesterday I had my one week follow up appointment with the OBGYN who did my ectopic pregnancy surgery (called a salpingectomy), Dr. Deborah Sherman.  I was looking forward to this appointment because of all the complications I had post-surgery and was really looking forward to getting some reassurance that things were going to improve from here on out.  Physically, things have been much better.  My bleeding has slowed down substantially (I bet the bleeding will stop in two or three days), and my pain level is only at a 2 or a 3.  I still have to be really careful picking anything up over 20lbs (including my 21-month old daughter), but the incisions do not really hurt unless one of my kids hit them or I sneeze/laugh/etc.  My swelling and bloating has gone way, way down since my last post and my stomach almost looks back to normal.  It still hurts to flex my stomach muscles though where the incisions are and i imagine it will be that way for another month or so until it fully heals.  I am not allowed to workout for another 3-4 weeks, although I have been going for walks outside with my kids or on the treadmill at my gym.  Here is a picture I took tonight when my aunt asked me how the bloating was:

I was really worried this week because my husband had to go back to work.  His boss was wonderful and really understanding last week and let him work from home, but for the rest of the month his hours are extremely long.  He leaves around 7am and doesn’t get home until 9pm each day.  I knew January was going to be a rough month and have been mentally preparing myself for this for the past few months, I just didn’t know I was going to have all these physical issues pop up at the same time.  Without going into a lot of details, my mom and I haven’t seen each other since my sister’s wedding 2.5 years ago and she had never met my daughter yet.  When she heard of everything that happened she offered to fly down from LA and help me with the kids, and I thought it would be a great idea.  It has been so incredibly helpful to have a second set of hands, and it has been really great for us to get to spend time together and for my kids to get to know their grandma.

So my mom watched my kids for me while I went to my follow up appoint, which I was really grateful for.  It was so nice to not have to stress about entertaining my kids in the waiting room and to really be able to focus and listen on what the doctor was telling me during my appointment.

The appointment went fine and the doctor looked at my incisions and did a pelvic exam.  Both checked out great.  It was a fairly quick appointment (maybe 8 minutes long) and as the doctor was getting ready to walk out the door I asked her about something I was nervous about admitting.  I told her that this past weekend I kept getting anxiety attacks over even the smallest things.  I tried to explain that this isn’t my normal personality, that usually I am a very calm, even keel, happy person….but that since the surgery little things like: both my kids crying at the same time, or the gas light popping up when I was driving on the freeway, or seeing too much blood when going to the bathroom have been giving me anxiety attacks.  My heart starts racing and my throat tightens up and I start to feel like I just need to plug my ears and walk in the other room until I can calm myself down.  This is something I’ve never really experience in my life, and I started tearing up as I was explaining this to her, because I just hate that this keeps happening and I feel like I don’t have control over my body’s response when this happens.  She told me that there is a good chance I could be suffering from some PTSD after this whole experience and suggested meditation and yoga when my body is physically able to do yoga.  She also encouraged me to talk to a counselor.  I’ve since found out that the insurance we have through my husband’s employer will pay for eight free counseling sessions each year and so I am considering using that service.  I’ve never talked with a counselor before, and in some strange way it makes me feel a little weak to think that I might need to, but my rational side knows it is silly to feel that way and that talking to someone could be a really good thing.

The end of the appointment was the part that really makes me feel scared and sad.  Dr. Sherman said that if we do want to try for another baby we will need to wait at least 3-4 months, and then she went on to tell me that I have around a 40% chance of having another ectopic pregnancy.  She said they don’t really know why someone like me who doesn’t have endometriosis or fertility issues has it happen, but statistics show that once you have one ectopic pregnancy you are likely to have another one around 40% of the time.  She also said that part of the reason I probably was in so much pain was because she tried to save the tube first which likely caused a lot of bruising internally.  If she would have just gone in and taken the tube out immediately, my pain afterwards probably wouldn’t have been so bad.  She also said the pregnancy was in the middle of the Fallopian tube which is harder to get out than if it is on the end of the Fallopian tube.  I know so many people have commented that they were able to have a normal pregnancy after having an ectopic, but it makes me wonder if people who had a bad experience just wouldn’t be the ones to comment.  The commenters are probably people who fall in the 60% range, but there are still 40% of those who had previous ectopic pregnancies who had another one afterwards.


So, this is where I really feel scared and conflicted right now.  Since that appointment yesterday, I have really had to think about just being ok with two healthy kids.  I never, ever, ever, ever want to have to go through that experience again.  Even if they catch the ectopic pregnancy early they can give me a pill (methotrexate) instead of doing surgery, but that pill is a cancer-killing pill and an abortion pill.  Then that brings on a whole new set of emotions.  Even though I know a baby in a Fallopian tube would die anyways (a baby cannot survive when implanted in a Fallopian tube instead of the uterus), the fact that I would take a pill to kill a baby is disturbing.  But then I think about never nursing another baby and never going through the birth experience again and it makes me really sad.  (You can read about my last two birth stories here and here).  My hope is that if I just give it time, that decision will be easier to make whichever way we decide.

So that is basically where things stand right now.  I am right now accepting the help that people offer me (something that I haven’t been great at in the past) and hoping that with time I will find peace with the situation and things will start to heal both physically and emotionally.  The decision to have any children in the future isn’t one that I feel comfortable making right now, and hopefully with time that answer will become more clear.  It’s a tough decision to make and one that will take a lot of thought and prayer.  I am curious to hear your guys’ opinions, if you were told that you had a 40% chance of having another ectopic pregnancy, would you take that chance?  Or would you be happy with having two healthy children and not try for any more?

I am so grateful to each of you for your comments, thoughts, and prayers.  I truly believe that being able to write about my feelings and emotions has helped me in so many ways.  If you are just now reading about my surgery, here are the other blog posts I wrote on this topic which you can read about here:

ONLINE BUSINESS COACH WITH A FOCUS ON DIGITAL PRODUCTS​
Ten years ago I started out in the online world in the fitness space. I started blogging, sharing at-home exercises, and offering easy recipes. This turned into writing eBooks — one of which blew up in a way I could never imagine!
meet Natalie 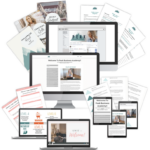 Peak Business Academy ​
This proven step-by-step program will guide you through my complete course with videos, trainings, and accountability.
VIEW THE COURSE

WHY I TRULY BELIEVE ANYONE CAN START A SUCCESSFUL ONLINE BUSINESS

HOW CREATING AN AVATAR CAN HELP YOU CONNECT TO YOUR CUSTOMERS 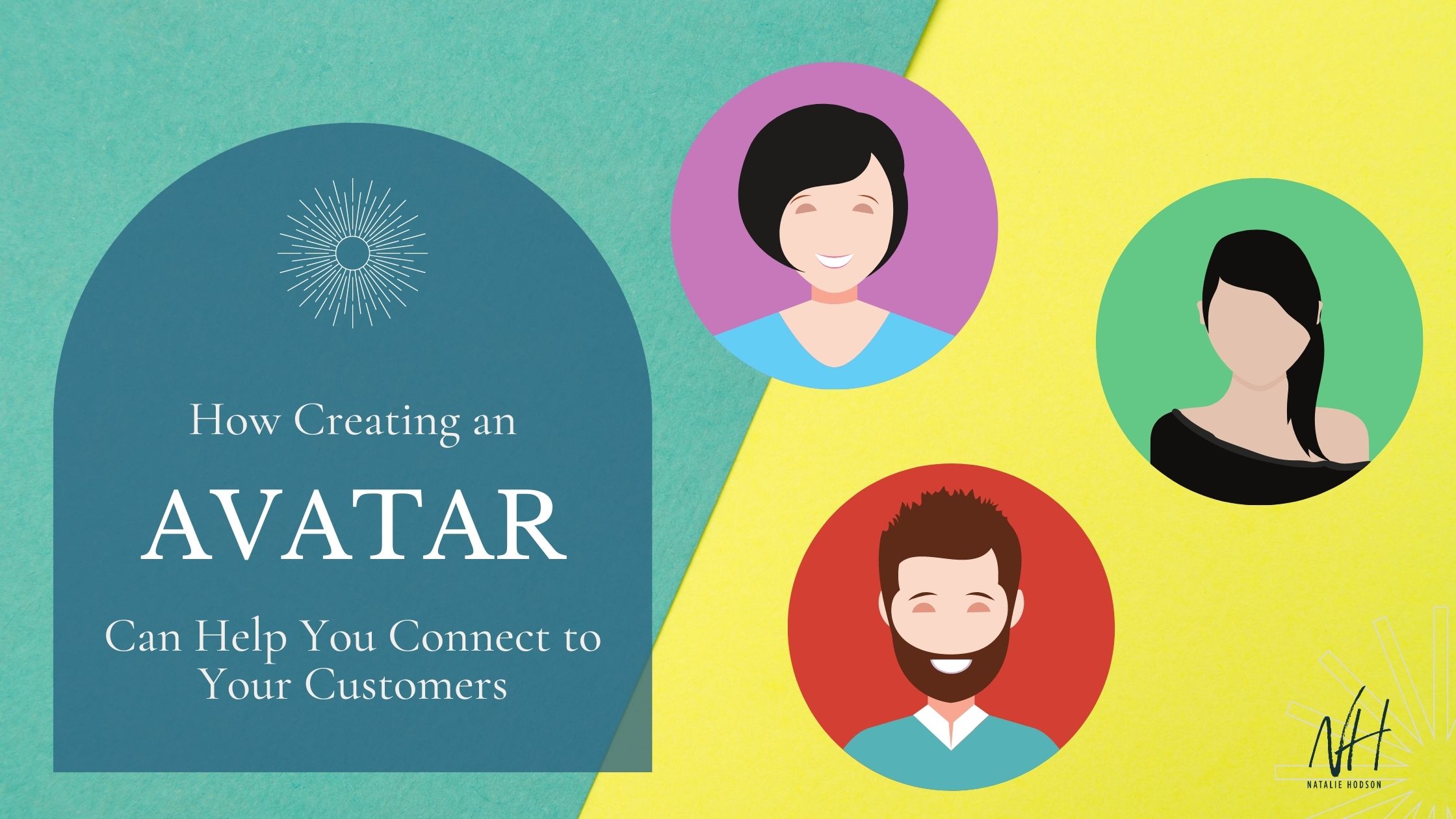 How Creating an Avatar Can Help You Connect to Your Customers 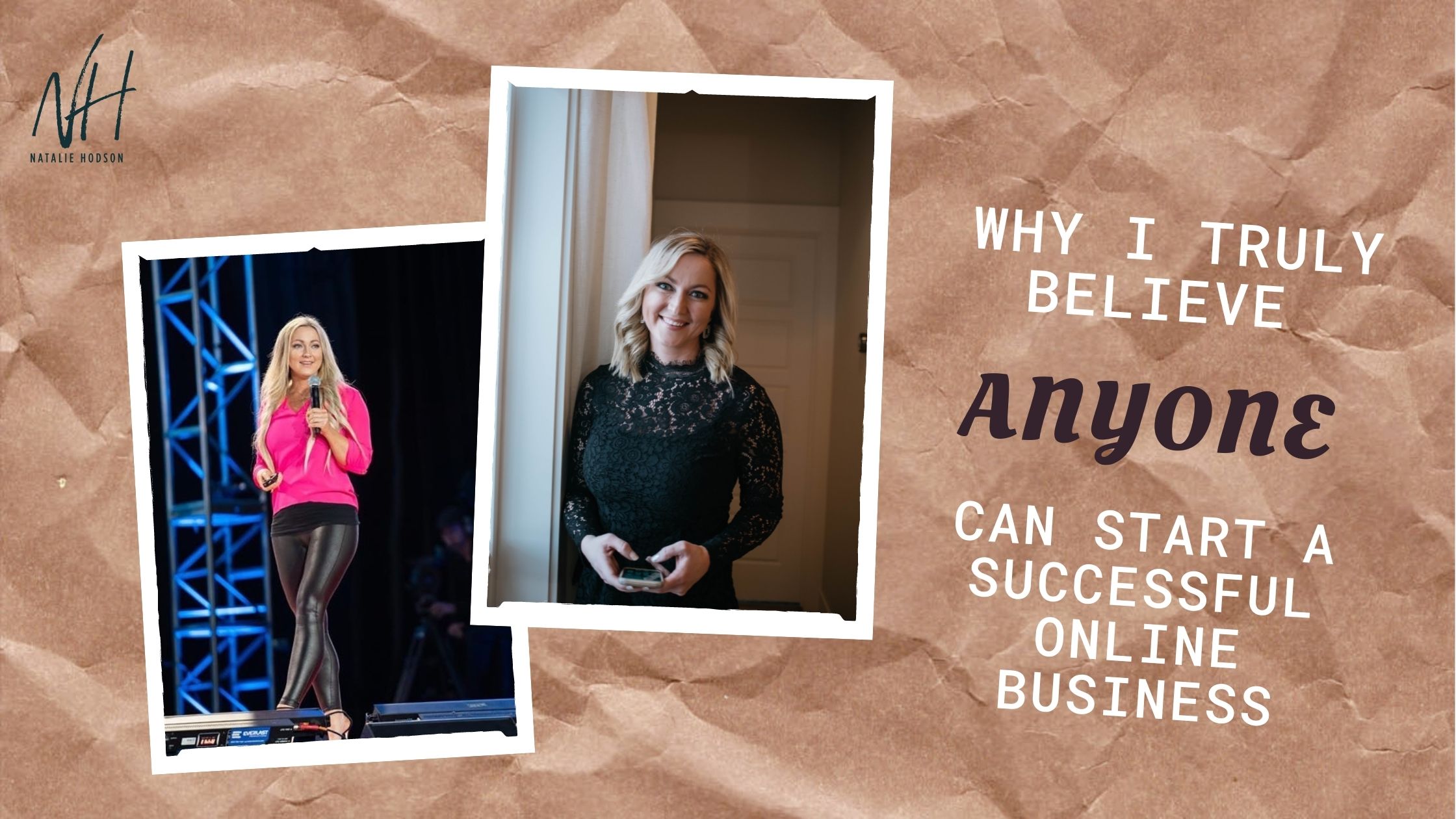 Why I Truly Believe Anyone Can Start a Successful Online Business

I’m not that special. I don’t have a degree in marketing or 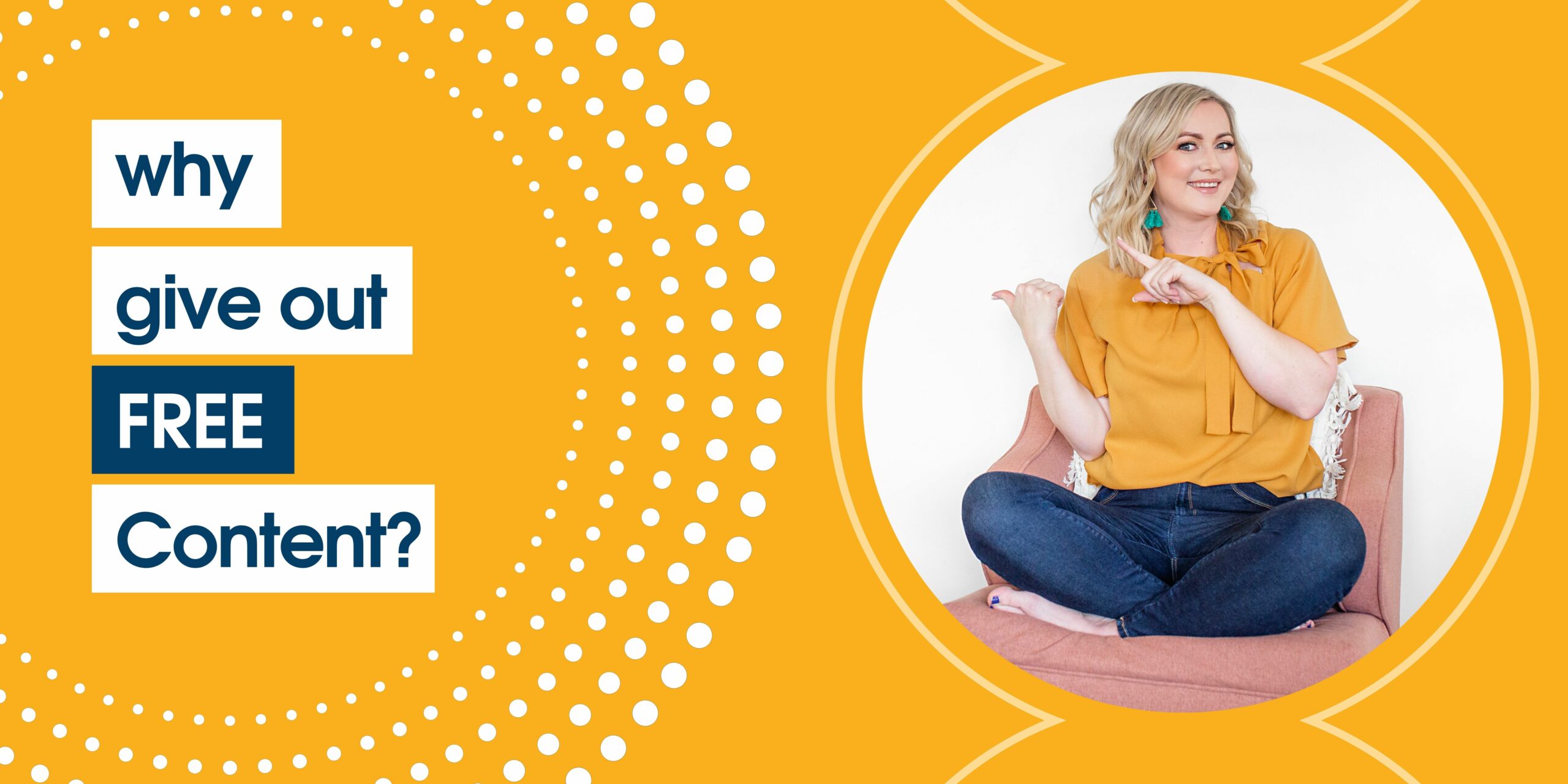 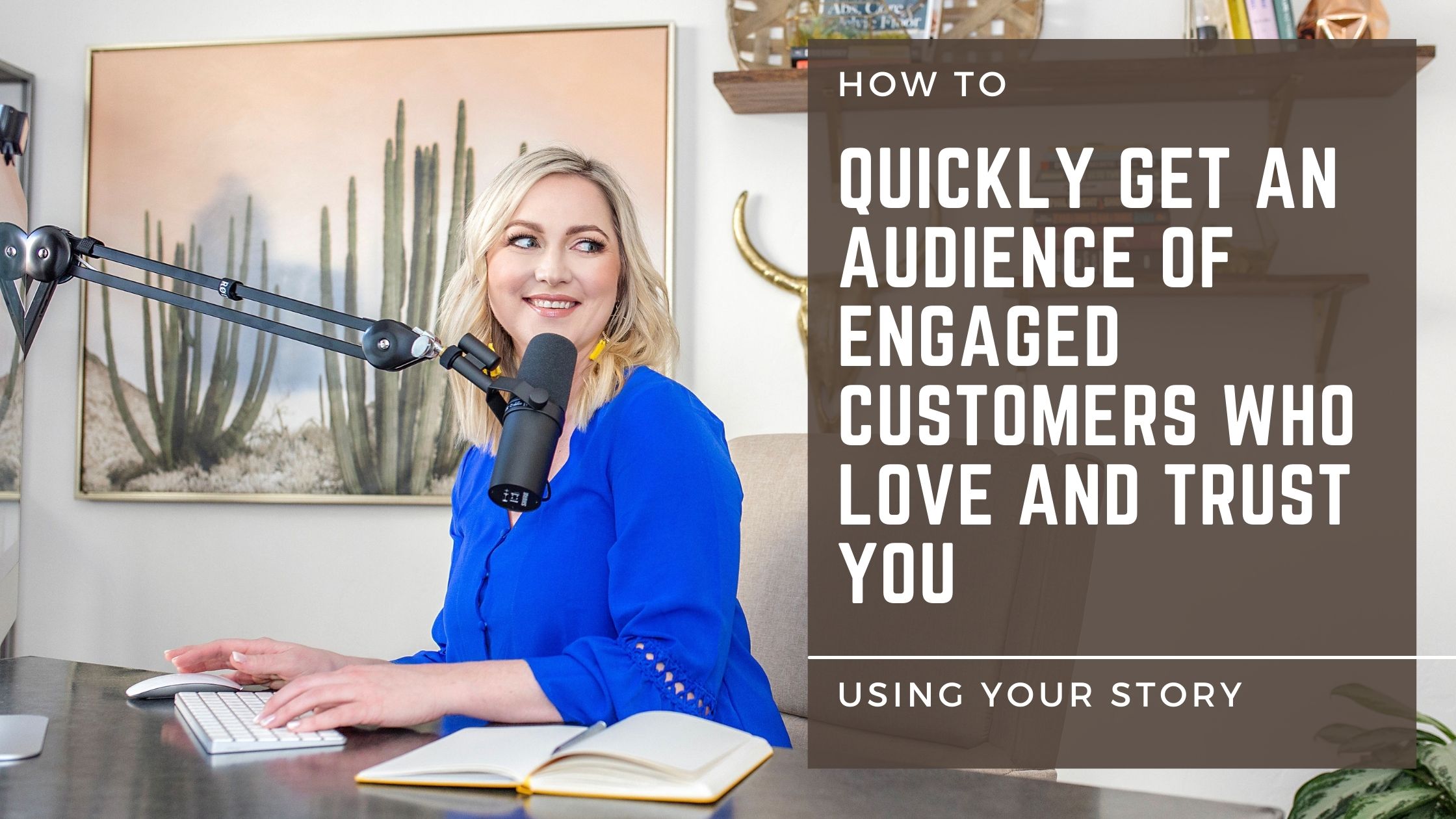 Do you have your own online business, but you’re not sure how 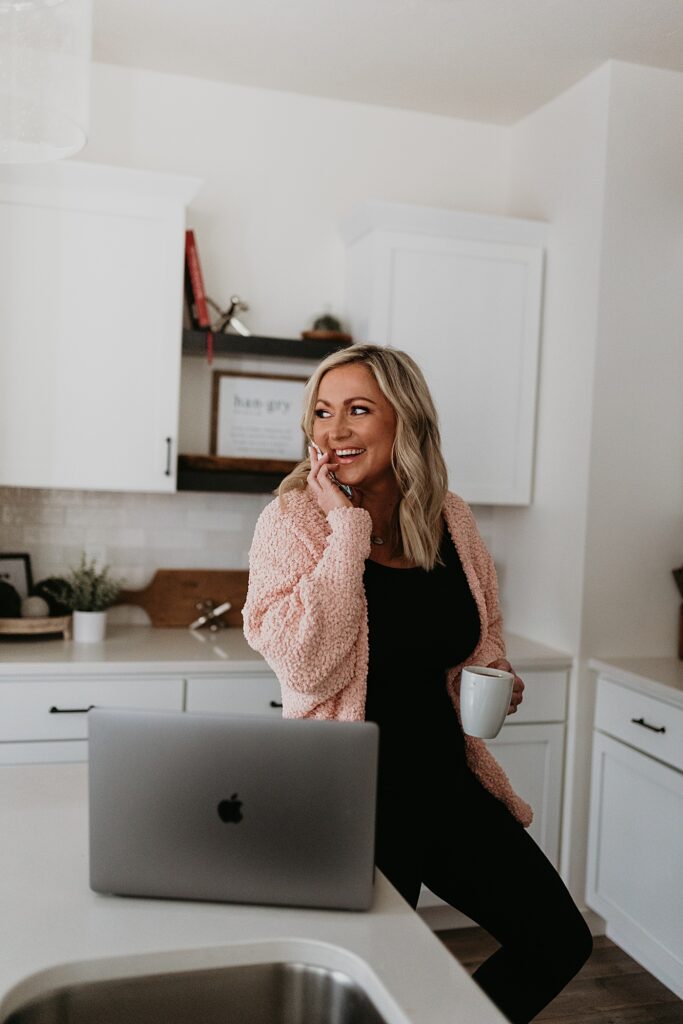 Working from home when you have children can be really hard.

Here are my favorite ways to get work done as a “mompreneur”.

find your way around